Deer are diurnal, meaning that most of their movement occurs around sunset and sunup.

Deer Movement is based around 4 things that all deer need.

Let’s dive into Food. Deer are ruminants, a four stomach even toed animals, just like cows. That means they rechew the food they originally ate after being stored in their rumen. Deer possess a four chambered stomach. The first chamber is called the rumen where they store the original food they ingest. The second chamber is the reticulum, third is the omasum and the fourth the abomasum. The important takeaway from this stomach information is that deer originally ingest their food quickly and then bed down to allow the rest to fully digest.

Deer can quickly fill their rumens in 1 to 2 hours depending on the amount of food available in a given area. We also know that deer are diurnal so you are fighting the amount of time you have available to hunt before it gets too dark to hunt for an evening sit. This throw red flags in the air! Hunting food sources although allow you to potentially see a bunch of deer it really only occurs in a short amount of time when you look at the overall picture of how deer move.

Now let’s look at it from this perspective. Deer are spending their time feeding in the late evening and early morning. Once their rumen is filled they leave that feeding area and head to cover to chew their cud and finish digesting their evening or morning meal. In these locations deer will spend potentially 8 hours until they start to get hungry again and then get up and goto feed again. Let’s look at this ridge in farm country and predict deer movement based off of potential bed to feed patterns and feed to bed patterns. We have some bedding areas that we located through E-scouting with OnX Maps.

The next step is to scout these areas in the off season, particularly before green up, locate trails traveling from bed to feed.

Food movement can be very seasonal as the weeks go by during a hunting season. Understanding the type of food that deer key in on in your area is very important. I’m going to use my home state of Pennsylvania as an example.

Let’s start after hunting season has come to a close and spring green up is about to occur. Plant cells contain a cell wall called cellulose. Cellulose is very fibrous and for animals that are not ruminants very hard to digest. Cellulose is most palatable in early spring during new growth or in young plants. The older the plant the harder it is to digest or the later in the season the tougher the cellulose is to breakdown. Due to this food types are often seasonal.

During the early green up plants will start to re-energize the parts that are going to get ready to grow during spring and early summer. Deer key in on these parts as they are going to provide the most nutrition. For example buds that are getting ready to leaf out, deer will eat as many as they are able to reach. As summer approaches trees transition their resources into producing fruit to promote the expansion of their lineage or DNA. At this time the cool season plants are starting to grow and establish. You will see deer transition onto plants like timothy grass, alfalfa, and clover. Moving into the later part of summer, the warm season plants are at their peak and another transition occurs, utilization of soybeans, corn, sorghum and millet.

Because of these seasonal food transitions deer movement can be pretty substantial depending on your area. There is a particular buck that I have hunted for the last two years that spends its entire summer foraging on warm season grasses and after that food transition moves to a completely different area.

So now that we have covered the non hunting seasons. Let’s talk about hunting season. Again I’m going to use my home state of PA as an example. Our archery season starts for the majority of the state the first week of October. This time frame is right on the cusp of a seasonal food transition period and can be pushed up a couple weeks or back a couple weeks depending on growing conditions. Warm season grasses have yet to start to go dormant and deer will still be keying in on them. So targeting that food type can be lucrative the first couple weeks of our season. However by the third week of October this changes, most of the WSG have become dormant and you will see less and less deer movement to and from these locations.

Now is the time to key in on mast. Mast is the fruit of various trees and shrubs. During this time period these plants have ripened and are ready to drop in an attempt to grow the next years crop. Oak trees dropping acorns, apple trees dropping apples and beech trees dropping beech nuts are some of PA’s most popular mast crops to target. One of the most overlooked mast crops are berries from briars. During this time frame hunters often call this period the October lull. What most hunters fail to realize is that deer movement is still occurring, it’s just occurring in different areas.

Let’s use the example of briars, briars almost always create thick cover security cover for deer but now that food sources have changed deer can simply bed in or around the briars and just stand up and fill up on berries till evening when they will come out of bedding areas and feed in an open oak flat or beech flat.

Let’s move onto the winter months. It’s bulking season for deer with the least amount of food available. Any food that is high in carbohydrates will be targeted by deer. Food such as standing corn, wheat, soybeans and turnips. Any places that these food sources can be found will almost guarantee deer travel to and from. However nothing beats the almighty acorn. If you have a location that either produced acorns late or just happened to be a bumper crop year, you can bet deer will be on that food source, hard.

Last but not least for late season hunting is browse. This typically accounts for up to 50% of a deer’s diet during the winter months, depending on location. A clear cut, field edges or a section of timber with open canopy and a thick understory can be dynamite for deer movement.

Part II of Deer Movement will be released next week so keep an eye out for the next article! 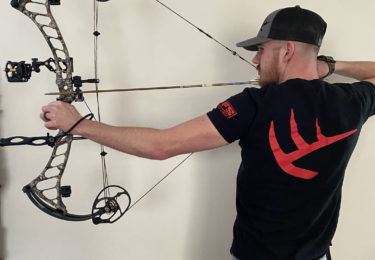 Setting the Stage So you’re walking out of the pro shop with your brand new V3 or Solution SD, or maybe it was just a new string and tune up on your PSE Carrera. Either way, the first thing you are going to want to do is fling some arrows. I know this because that’s […] 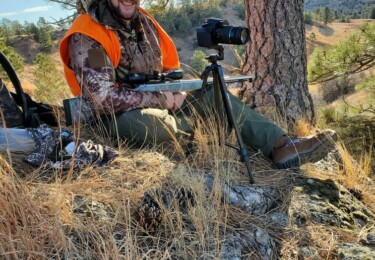 Planning and accommodation: When I asked my Fiance Amanda to accompany me on a seven-day deer hunt the third week of  December, in Nebraska, at the Fort Niobrara National Wildlife refuge. I did not think she would oblige. I looked at her over my camo coffee mug that October afternoon and said in a joking […] 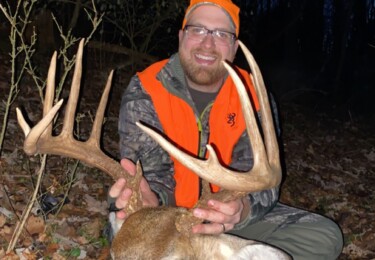 It was Saturday, November 14th, 2020. During a year that seemed to have something strange happening around each corner, for PA, this particular weekend was no different. The next day, November 15th would be the first Sunday of hunting in Pennsylvania’s history, well for deer at least. But, this story isn’t about Sunday hunting, this […]